The stadium is located at Barton close to Junction 11 of the M60 on the A57 Liverpool Road.

Until the stadium postcode becomes operational on sat nav devices, please use this postcode – M30 7LJ.

Buses from Manchester city centre and Eccles
Number 67 to Liverpool Road, Irlam (runs every 12 mins peak and between every 15-30 mins off peak). The stadium is a two minute walk to the stadium from this stop.

Buses from the Trafford Centre (many services connect here from across the region)
Number 100 to Liverpool Road, Irlam. (runs every 12 mins peak and between every 15-30 mins off peak). The stadium is a five minute walk to the stadium from this stop.

Information on all public transport can be found at www.tfgm.com or by calling Traveline on 0871 200 22 33.

Trams
The nearest Metrolink tram stop is Eccles. From here the stadium is approximately 40 minutes’ walk or take the number 67 bus along Liverpool Road (as above).

Train
The nearest train stations are Irlam and Patricroft. From both stations, walk to Liverpool Road and take the number 67 bus (as above).

At the stadium
Matchday car parking tickets cost £5.00 per vehicle and are available on the day of the game on a first come, first served basis.

It can also be pre-purchased at the stadium or through Ticketline up until 10.00pm the night before the game to guarantee your space.

Salford Red Devils Rugby Football Club is a caring family club and act in a positive way to address behaviour which contravenes our high standards. The following values are examples of the type of behaviour that the club expect and practice, and the club will take responsibility to maintain and carry this forward into the future. The club is committed to the principles of equal opportunity and will not tolerate any form of discrimination.

In order to uphold these values participants in the game of Rugby League, players, parents, spectators, coaches, match officials, other volunteers and administrators of all ages should:

Discourage all instances of unsporting behaviour, foul or illegal play, acts of violence both on and off the field.
Respect the rights, dignity and worth of every person regardless of their age, ethnic origin, gender, special needs, including learning and physical disabilities, class or social background, religious beliefs, sexual orientation, marital status, pregnancy, colour or political persuasion.
Accept the legal and moral responsibility to implement procedures to provide a duty of care for children under the age of 18 yrs, safeguard their wellbeing and protect them from abuse and poor practice,
Condemn the use of recreational and performance enhancing drugs and doping practices; their use endangers the health of players and is contrary to the concept of fair play.

Important: every person who attends a Rugby League match does so with the permission and licence of the home club and or League.

Breaches of this code of Conduct may result in penalties up to and including a fine, loss of team match points and suspension.

These values incorporate equality, sports equity and diversity and positive action is allowed under legislation to redress any imbalance. 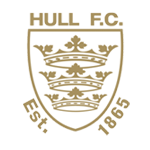 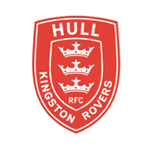