AJ Bell Stadium hosts 12 top of the range executive boxes which provide one of the best views of rugby league anywhere in the world. They have been described by members of the sport’s governing body as “better than those at Wembley”, and during a night game with the industrial backdrop of the M60 flyover framing the north-eastern corner of the venue, carrying with it some quarter of a million vehicles a day, while light aircraft swoop over inbound to City Airport Manchester just minutes away’ there is no more dramatic setting for a high speed collision sport such as Super League.

Each box is air-conditioned and fitted out with state-of-the art AV equipment linked to the stadium’s in house television channel and seats 10 guests (one central box can open up to a double-size environment if required).

Each exterior houses 10 executive seats so guests can watch the excitement of the game while taking in the atmosphere.

When Sky Sports visit Box 12 converts into their on-screen television studio and provides the backdrop for all the pre/post and half-time analysis.

Choosing to watch Super League from an Executive Box at AJ Bell Stadium is an experience you will never forget.

Demand is high so if you would like to discuss the availability for your company, please contact Andrew Bentham on 0161 820 2738 ex 2506 or by emailing [email protected] 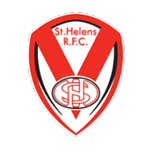