Bridge contributed a try and added six goals as the Wolves recovered from falling behind to an early Junior Sau try to make it five consecutive victories against the Red Devils, with loose forward Ben Harrison particularly impressive.

Warrington ran in six tries to Salford’s four but it was not a five star performance from Tony Smith’s men.

They made a nightmare start with Ben Evans spilling a pass and the Red Devils taking advantage from the scrum for Tommy Lee, Rangi Chase and Niall Evalds to combine smartly for Sau to go over after 83 seconds with Chase adding the conversion.

Salford were unlucky to be forced to take a goal line drop out after a Warrington kick hit a touch judge and the Wolves benefited with Bridge and Joel Monaghan sending Gene Ormsby crashing over in the corner.

Bridge booted the touchline conversion to make it 6-6 after six minutes with the Wolves having a let off with Lee dropping a Chase pass in a dangerous position.

Another Lee spillage proved costly for Salford with Chris Hill pouncing on the loose ball to send Ryan Atkins racing 45 metres to make it 12-6 midway through the first half.

Warrington increased their advantage with Bridge shrugging off Sau to power over although the stand-off missed the difficult conversion attempt.

Salford had a reprieve with Stefan Ratchford throwing a loose pass into touch close to the Reds line but they hit back only for Sau to have a try disallowed for a double movement after Francis Meli’s touchline burst.

The Wolves did not have long to wait for their fourth try after winning the ball against the head from a Salford scrum with Bridge sending Monaghan crashing over to make it 22-6 at the break.

Salford needed an early score in the second half and skipper Adrian Morley obliged crashing through casual defence to go over and bag a try on his return to his former club, with Chase’s conversion cutting the gap to 10 points.

Salford lost Andrew Dixon to a head injury after 50 minutes but a neat Chase kick caught Warrington napping and Evalds won the race to touch down, with Chase missing the straightforward conversion attempt.

Warrington restored an eight point cushion after Bridge slotted over a 40-metre penalty when Steve Rapira held down Ben Westwood.

It was an improved second-half display by Salford but they were caned on the penalty count with Warrington taking advantage for Rhys Evans to squeeze in at the corner and Bridge booting the touchline conversion to make it 30-16.

Ben Evans hobbled off with a knee injury nine minutes from time before a touch of Chase magic brought Evalds his second try.

Chase collected his own kick ahead, dummied and then found the supporting Evalds to reduce the arrears to 30-20 before Ben Currie’s last-minute effort for the Wolves from Mickey Higham’s kick. 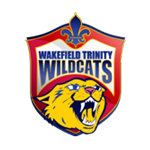